← Back to All News

The Suez Canal – Ever Given unstuck! 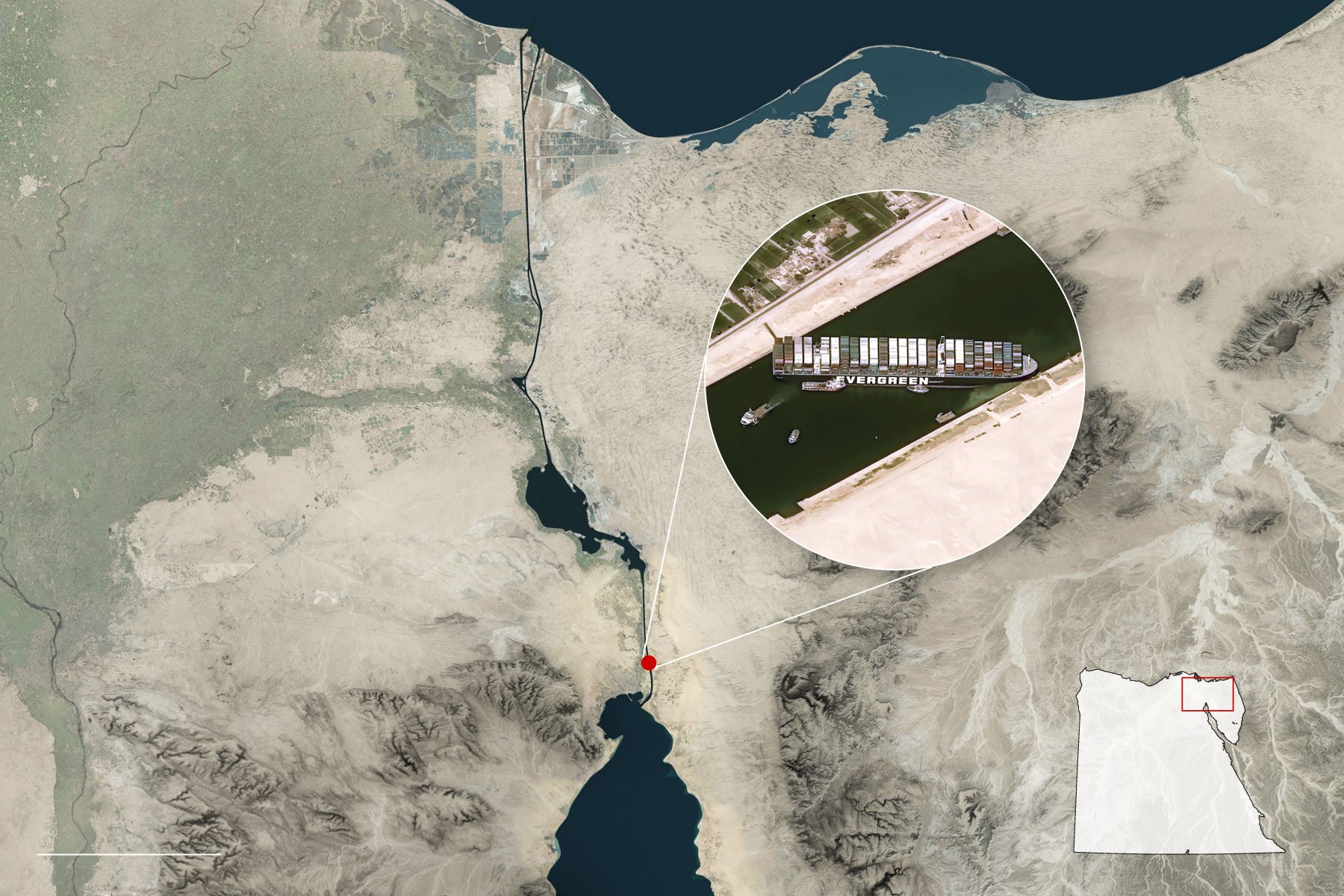 On the 22nd March a vessel, the Ever Given, operated by Evergreen Marine was knocked off course by strong winds and a sand storm. and blocked the Suez Canal in both directions. Attempts to free the vessel had been unsuccessful until almost a week later when, early Monday morning local time, a combined effort of tugboats and intensive dredging freed the stern from the western side of the canal, there is still some work required to free the bow of the vessel. There are currently around 369 vessels waiting to access the canal and resume their voyages.
Update: The Ever Given was completely freed around 3pm Monday afternoon and reached the Great Bitter Lake early Monday evening, shipping has resumed through the canal.